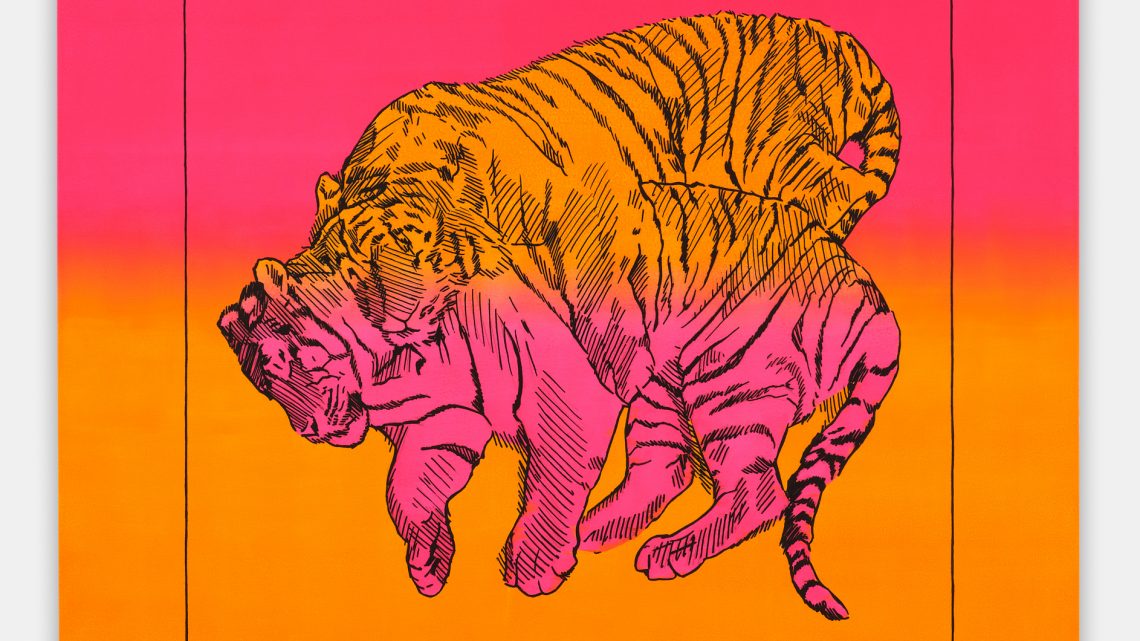 The Lovers, the card of union, attraction, and choice. This neon pink and orange card shows an aerial view of two Sumatran tigers, one cuddling the other. There are only 400 Sumatran tigers left in the wild. Within 35 years, these animals—like their counterparts the Bengalese and Javan tigers—could easily end up extinct. The love between the two tigers is thus bittersweet, as they embrace in the face of imminent extinction. Their looming end reminds us that all species—as with all individuals—are mortal. The choice this card asks us to make, then, is how do we want to spend our finite existence? In peace or agitation? In acceptance or resistance? In union or isolation?

Death, the card of grief, mourning, and rebirth. The card features a skull inlaid with an image of the Great Fire of Rome. The Great Fire of Rome occurred in 64AD, roughly the middle of the empire’s 1,000-year reign and approximately 40 years before the peak of its expansion.  The Great Fire of Rome can be seen as the crisis point marking the shift from growth to decline. Though from an individual point of view, such shifts often feel like reckonings, from a cosmic point of view, they are mere returns to equilibrium. The $1,000 worth of 24K gold leaf in this painting points to the hoarding and decadence that causes equilibriums to become unbalanced. This happened in the Roman Empire around the time of the Great Fire and is happening again now in America. To date, 2,000,000 people worldwide have died from COVID, almost 400,000 of them in the United States, with Black, Indigenous, Latinx, and Pacific Islander populations almost 2.5 times more likely to die from COVID than others. We are in the midst of great collective grief as we witness our own dysfunction, which— like the caterpillar who becomes immobile towards the end of its life cycle—has brought us a screeching halt. The caterpillar will naturally become a butterfly. However, it first must selfimmolate inside a chrysalis. And so must we. We—and our imbalanced systems—must die to come back to life.

The Moon, the card of the feminine subconscious. Rendered in fluorescent yellows, the card depicts the artist in profile, superimposed on the moon. All atoms in a human body have been around since the beginning of time. Before they were a person’s blood or hair, they were stars, meteoroids, planets. This expansive territory is the realm of the feminine subconscious, the part of us that understands that which the ego-driven, conscious mind represses: that this brief incarnation as the “self” pales in comparison to the timescale of our bodies’ atoms. 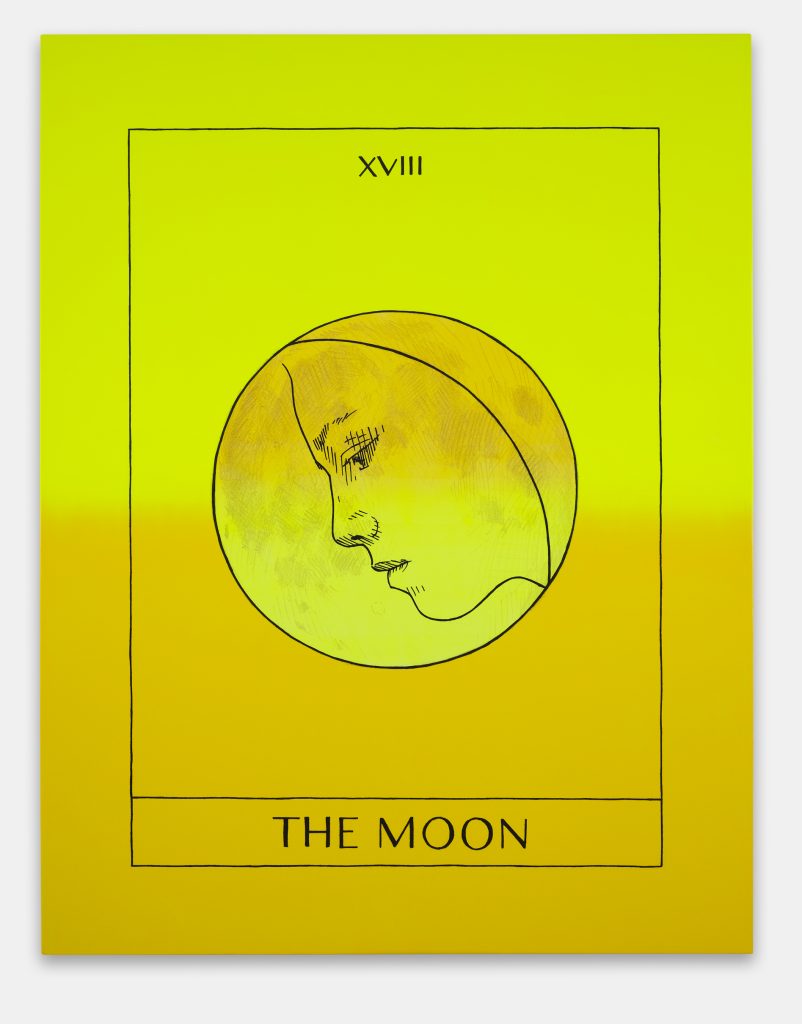